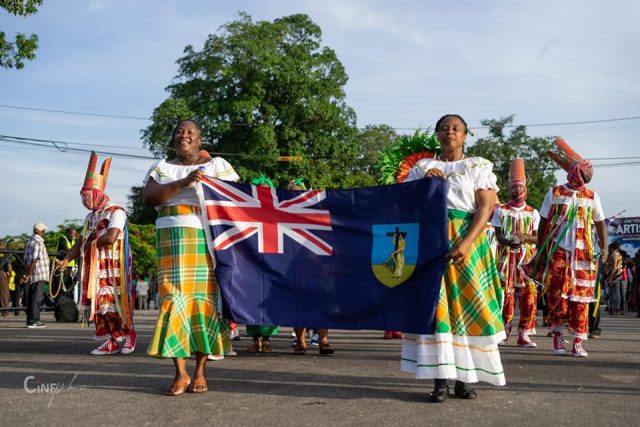 Montserrat is in full support of a request for Member States to contribute towards the implementation of a programme of Awards and Recognition for regional Artists at CARIFESTA on a biennial basis.

This was one of the areas discussed during the Ministers of Culture meeting held in Trinidad and Tobago on Sunday August 18, 2019. The meeting was attended by Permanent Secretary in the Office of the Premier and Head of the Montserrat delegation, Mrs. Daphne Cassell, along with senior members of the delegation.

During the meeting, the participants received an update of the thirty-sixth meeting of the Council for Human and Social Development (COHSOD) and also discussed the future or CARIFESTA and its branding. The Permanent Secretary, Mrs. Cassell, who attended on behalf of the Honourable Premier and Minister of Culture, said she fully supported the request for Members States to contribute towards implementing a Programme of Awards and Recognition for regional artists at the Caribbean Festival of Arts (CARIFESTA), which is held every two years.

This was one of the updates provided, following her return to the island.

On Tuesday, August 20, 2019, 20 members from the National Delegation returned from CARIFESTA XIV14 which is still being held in Trinidad and Tobago. This includes, the Head of Delegation, Mrs. Cassell; the Chair and Director of the Montserrat Arts Council (MAC), Dr. Clarice Barnes; the tourism representative; the Emerald Shamiole Masqueraders; Musicians and Chaperones; Calypso and Soca Monarchs; plus one private delegate.

Montserrat’s CARIFESTA logistics support officer, Ms Nerissa Golden and delegates remained because of their continued participation in the CARIFESTA events.

The Head of Delegation, Mrs. Cassell reported that the delegation showcased a variety of artistic talents. She said this was ably displayed in the Parade of Nations and the Opening Ceremony, where all delegates participated with enthusiasm.

She noted that throughout the four days from August 16th to 19th, Montserrat was represented through a country booth managed by the Tourism Division Officers, 4th Dymension and Craft Entrepreneurs. The artwork of Kelvin “Tabu” Duberry was on display and he continues to conduct daily workshop at his booth in the Craft District.

Mrs. Cassell said the Emerald Shamioles Masquerades warmed the hearts of many through presentation and a television appearance on TTT Live and in the community of Arima. They also performed at the Grand Market and on Country night. Playwright, Set Designer, Author and Performance Artist, Chadd Cumberbatch read a selection of his literary work in the Bocas Lit Festival and was the designer for the set displayed for the play entitled “Bitter Cassava”.

The Calypso Kings and Soca Monarchs attended a symposium, “Where we going with Soca” which focused on the work of Trinidadian Soca Artist, Machel Montano. They also had the opportunity to perform during one of the daily the ‘Live at Lunch’ events.

Additionally, the Head of Delegation, Chair, Director of MAC and Head of the Open Campus also attended a symposium entitled “Journey Round Myself” which included a round table on Caribbean cultural policies and a workshop on Masquerading. They also participated in a number of radio and television interviews.

The Government of Trinidad was commended for its hosting of the festival and a most impressive Opening Ceremony.

The Montserrat delegation was appreciative of their hospitality and opportunities that CARICOM has provided for our artists to interact with others in the region, to be educated and most of all to display their talents and skills.

CARIFESTA 14 provided opportunities to Connect, Share and Invest. The delegates thank the Government of Montserrat for funding and supporting their participation.

CARIFESTA 15 will be held in Antigua and Barbuda in 2021, planning for Montserrat’s participation will begin now.