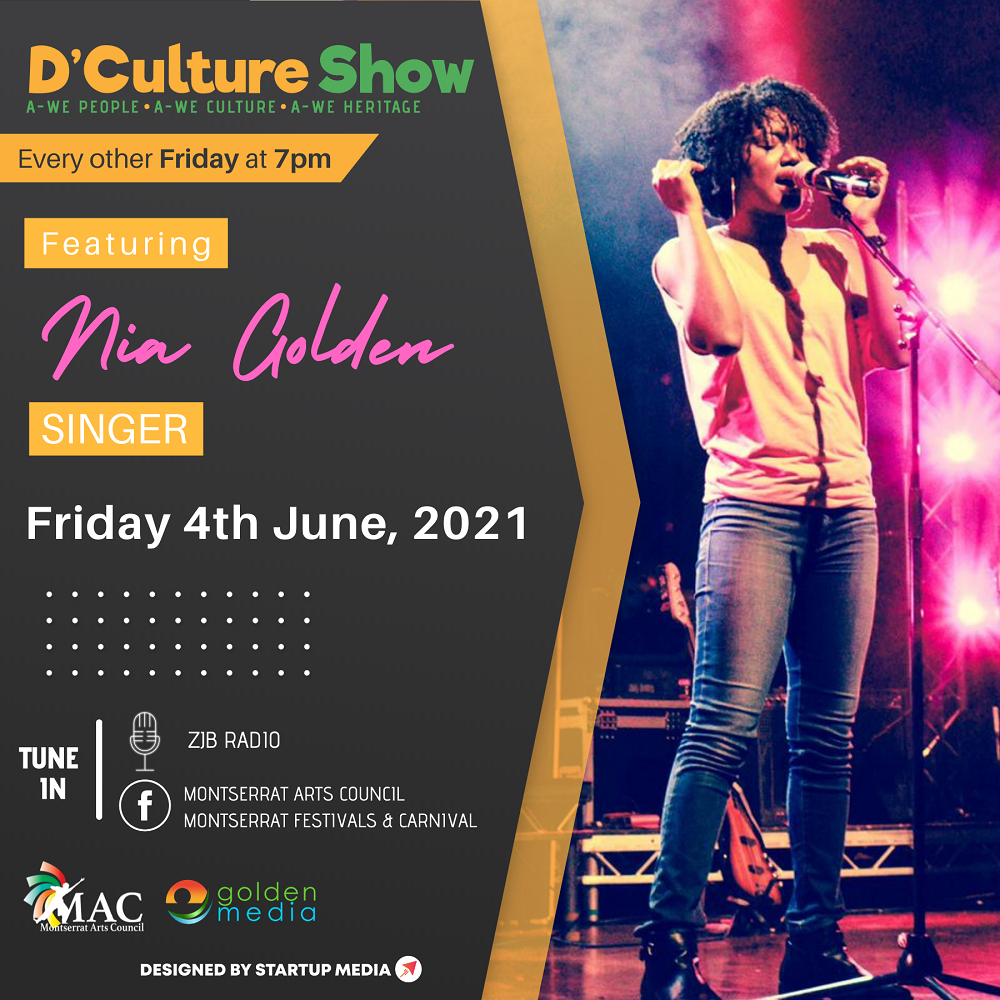 ‘D Culture Show’ is a fun, fresh, informative programme, brought to you by the Montserrat Arts Council and hosted by the effervescent Sharlene Lindsay.

Sharlene is known for her charismatic style as a host and TV presenter on shows such as Carnival Vibez (formally Festival Fever) with co-host Little Lenny on ZJB Radio, Goldenmedia’s Emerald Vibes TV which is a lifestyle show based in Montserrat and Backstage Pass, where she conducts backstage interviews with performers at Carnival events.

“Sharlene is a familiar voice and face to the island’s cultural scene, having hosted a series of TV and radio shows and live National events. The Arts Council is pleased to be able to develop this new show in collaboration with her and our local media partners at ZJB Radio, Goldenmedia and GIU,” remarked Kenneth Silcott, Director of the Arts Council.