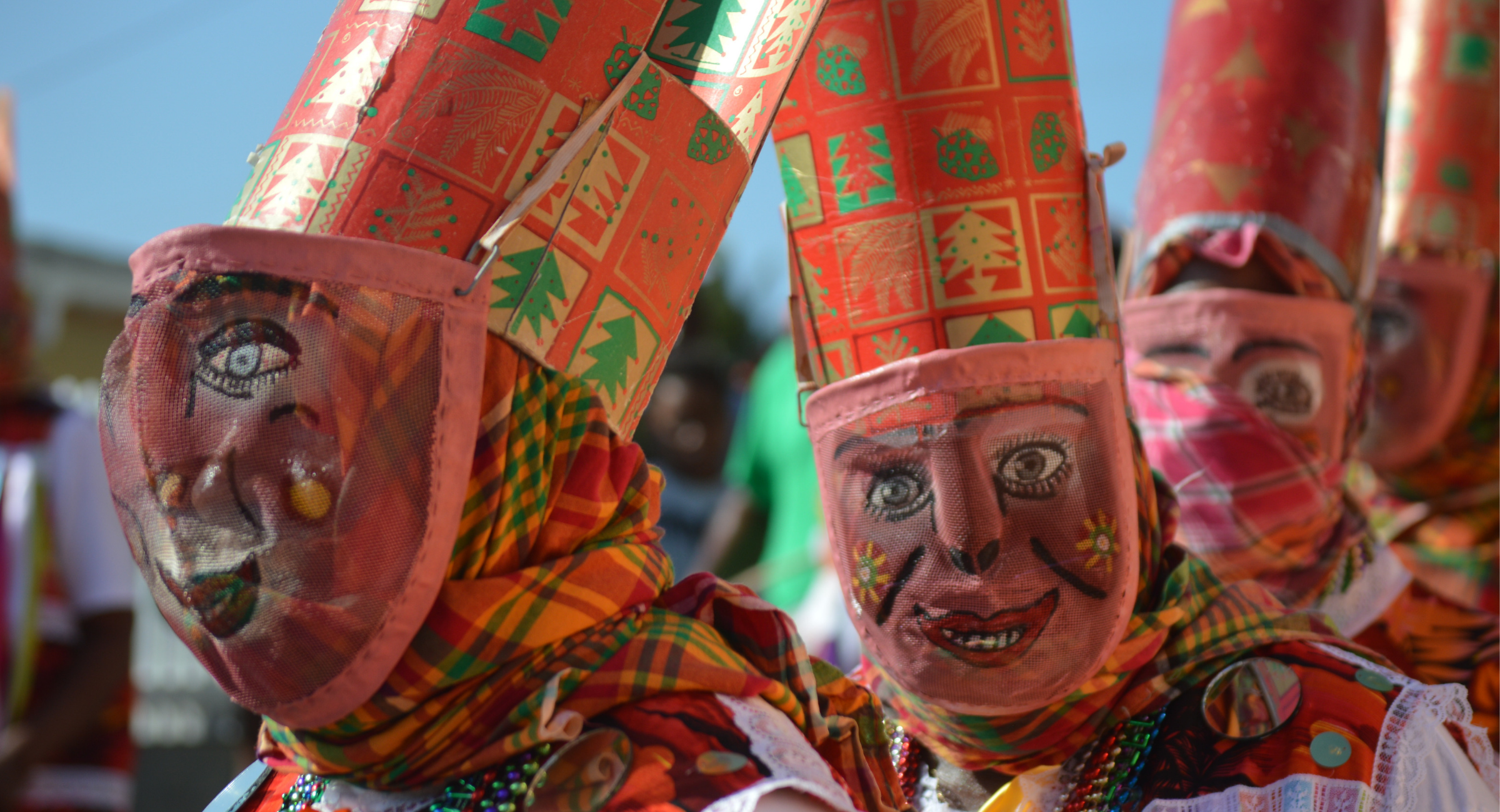 The Montserrat Arts Council has released the schedule of events for Carnival 2022. This year marks the 60th anniversary of the end-of-year flagship Festival, which is slated for December 17th to January 2nd.

The schedule features Montserrat Carnival Committee produced events such as Soca and Calypso Monarch competitions, the Miss Montserrat pageant and the Children’s Fun Day on Festival Day. After a two-year absence, the Opening Ceremony, Regional Female Calypso Competition, Street Jam and Street Parade will make a comeback. There’s also the return of the three (3) stages in the Calypso Monarch competition, i.e. Eliminations, Semi-Finals and Finals. The Arts Council also welcomes the return of events put on by private promoters such as DJ Kenny B, St. John’s Action Club, Pan Strat, Hypnotik Montserrat, Imperial Entertainment, Chess Entertainment, Immortal Promotions, Island Diva Mas and newcomers Nah Laugh Entertainment. The Salem Reunion Group also has a host of activities planned which have been added to the line-up.

While there are no virtual shows scheduled, the Arts Council plans to live-stream some events both locally (MAC TV, Channel 97 on Digicel) and internationally (online via Come See TV), thereby showcasing Montserrat culture to the world and giving those who are
unable to attend and participate, an opportunity to spectate and enjoy.

Director of the Montserrat Arts Council (MAC) Kenneth Silcott, stated “It is important that we stay ahead of the proverbial eight ball and plan accordingly for the long-awaited end of year Carnival. The early release of the calendar allows travellers to effectively plan their vacation and take the guesswork out of their planning. It also gives our stakeholders the time necessary to plan and execute deliverables. This will also prove to be advantageous for our Tourism and Access divisions. We will keep the health and security of our communities at the forefront of our planning.” 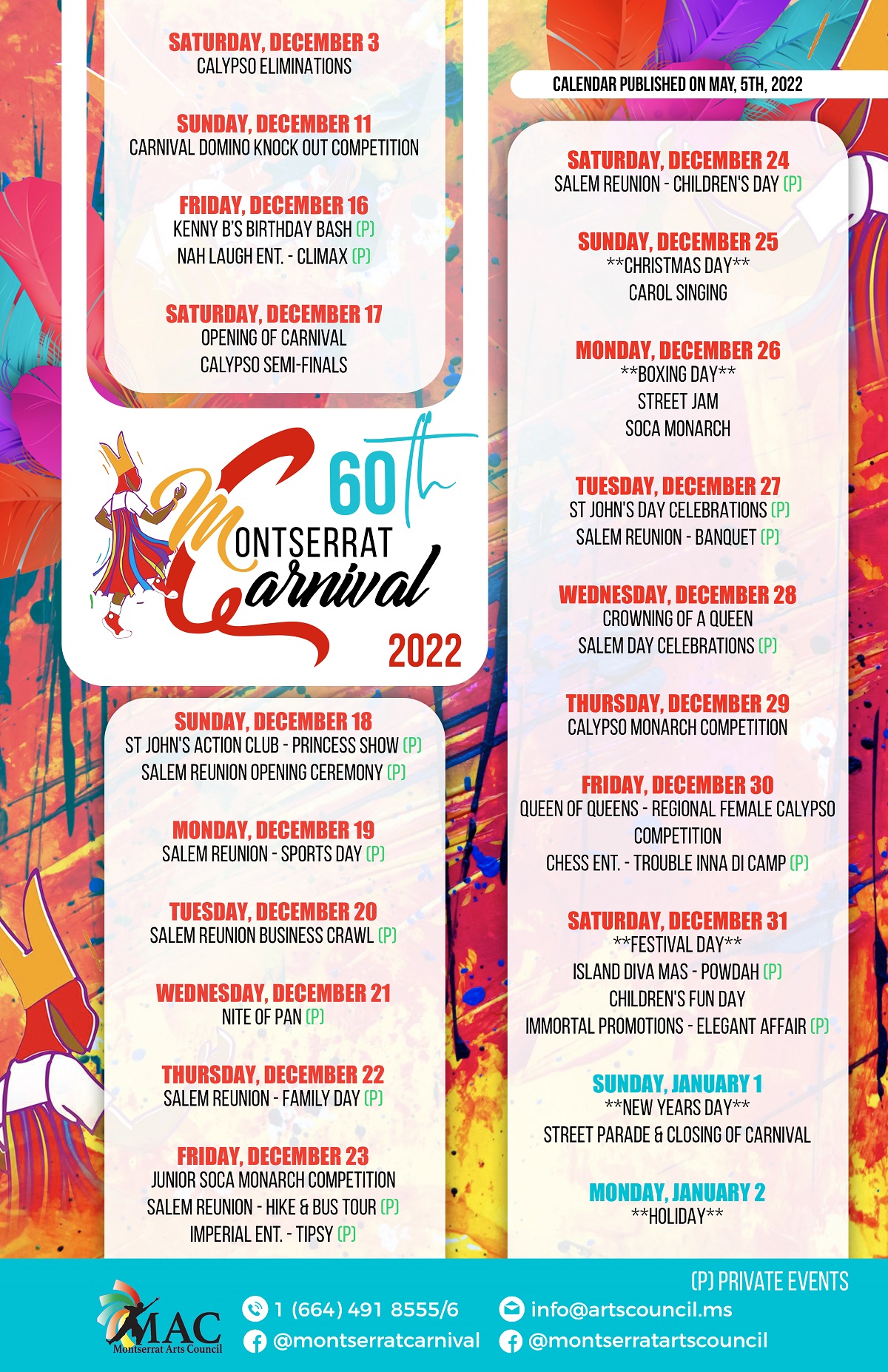