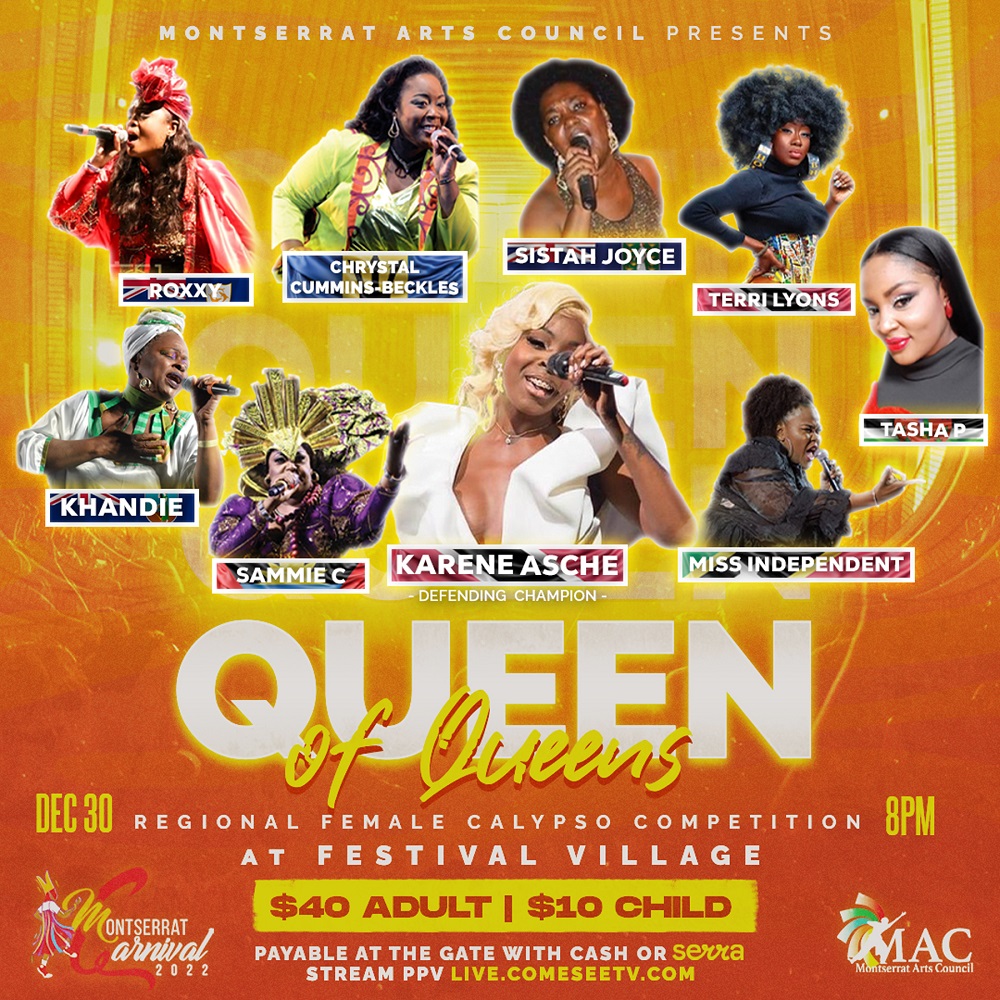 The first female calypso show was organised by the Pacesetters in the 80s.

In 2006, Euphony Vibes, a team comprising Paul Lewis, Earl “Accident” Sullivan, and Eddie “Prynce” Duberry rebooted the initiative as a local female-only show. The competition was held annually until 2010.

In 2011, they reimagined the show as a regional female competition.

In 2014, the Montserrat Arts Council took over management of the competition.