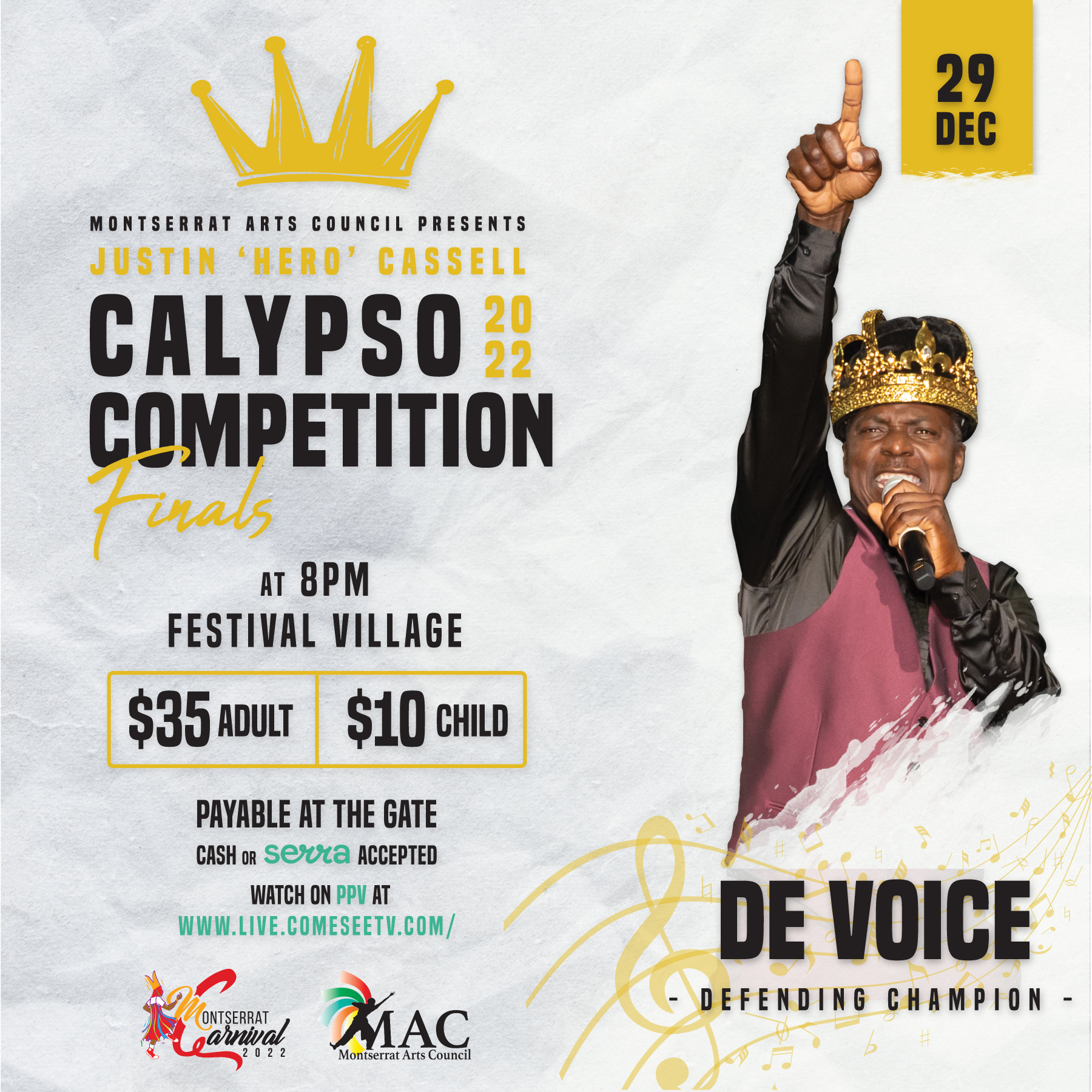 Ten calypsonians are ready to compete in the finals on Thursday, December 29 at Festival Village in Little Bay, Montserrat.

The competition has been renamed to honour Justin “Hero” Cassell; Montserrat’s first calypso monarch crowned in 1962. Hero still holds the title for the calypsonian with the most crowns, amassing ten local titles during his competitive career. He also won the OECS calypso crown in 1986 in Dominica.  The Government of Montserrat awarded him the Order of Excellence for his extraordinary and unwavering commitment, devoted and distinguished contributions.

The Justin “Hero” Cassell Calypso Finals can be streamed live and on demand at MACTV on live.comeseetv.com. Purchase access to Festival Village with Serra – https://events.getserra.com/events/justin-hero-cassell-calypso-finals-competition