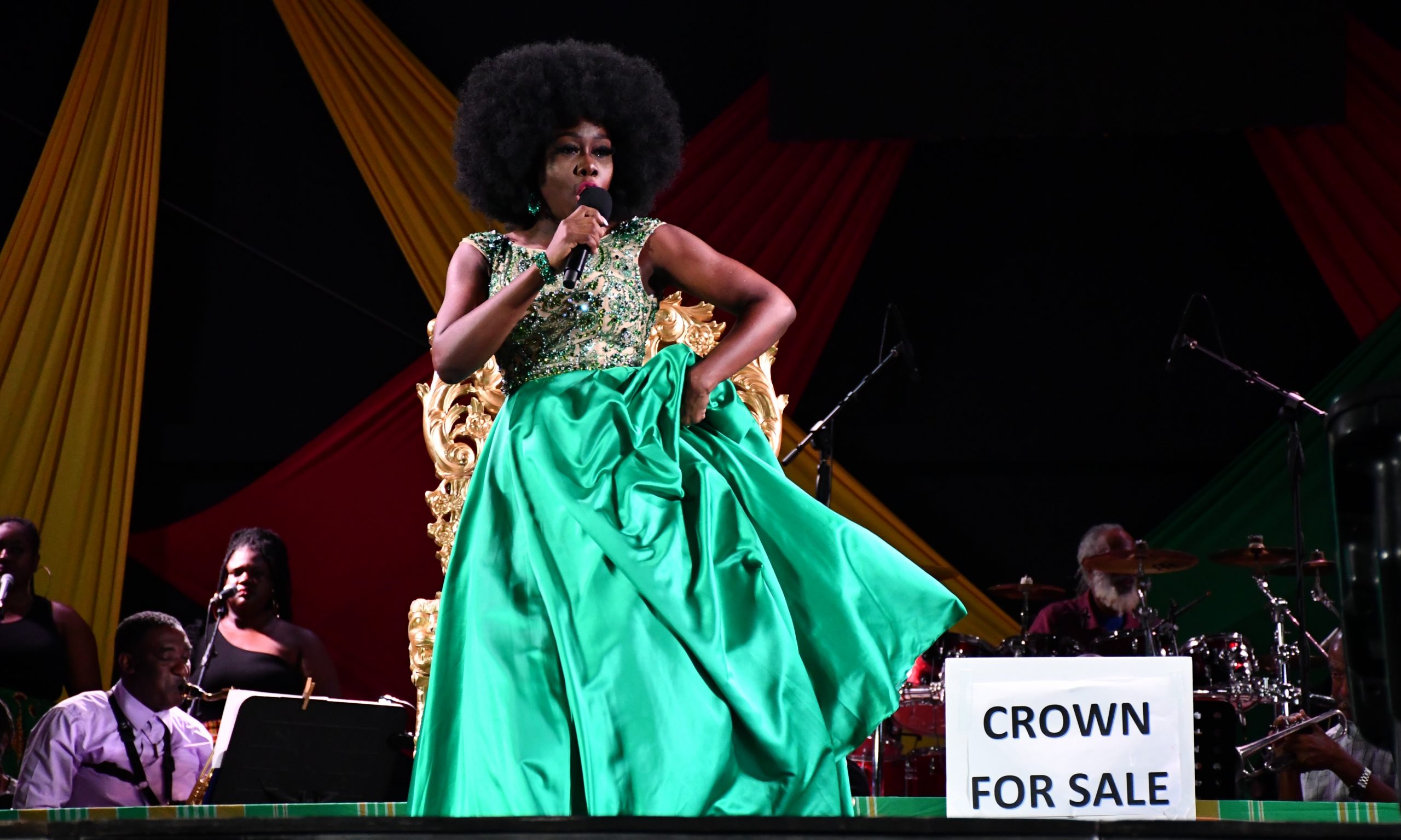 LITTLE BAY, Montserrat – The Queen of Queen’s Regional Female Calypso crown is heading back to Trinidad & Tobago. This time it will be worn by Terri Lyons, who won the competition held on Friday, December 30, 2022, as part of Montserrat Carnival.

Ten of the top female calypsonians from across the Caribbean performed in the competition.

After an entertaining two-round competition featuring the ten women, the defending champion, Karene Asche of Trinidad & Tobago was erroneously announced as winner. This was quickly corrected, and the judges’ final score revealed to validate the change.

Kenneth Silcott, Director of the Montserrat Arts Council said “I want to apologize to all the queens that represented their respective countries for the unfortunate mishap that happened last night, December 30. Our judges, based on points, selected the positions of the competitors, however because of human error the positions were inverted thus creating an issue. As a result, Karene Ashe, the 2nd runner up was announced as the winner and the winner Terry Lyons announced as 2nd runner up. No change for the 1st Runner up Tasha P.

“A copy and paste issue created some uncertainty and anxiety to the calypsonians. I am deeply sorry and once again apologize for this and the shadow cast on an excellent and highly competitive show. To all the calypsonians, fans, and audiences we at the Montserrat Arts Council do apologize. Effective immediately all judges’ decisions must be signed by authorized judges before the MC receives said document.”

Lyons added her own apology for the mishap to her sister in calypso Karene and to the other queens in the competition. She thanked the audience for the opportunity to perform and their support. The new monarch, who is also Trinidad & Tobago’s national calypso monarch, said this was her first visit to Montserrat, but it won’t be the last.

“This is my first time competing in an all-female show and the other women, many of whom have competed together before, welcomed me warmly, “Lyons told the audience, who then enjoyed a shortened version of her hit, Obeah.

Replays of the Queen of Queens Regional Female Calypso Competition can be viewed on demand via MACTV on live.comeseetv.com.